I like chrome. When I found out replacement chrome side covers were available I decided to get a set. I did some internet investigation and it appeared I needed P/N 71-111 by Show Chrome Accessories. They were listed as fitting a 2005 Nomad. I ordered a set from Cruiser Customizing. When I put them on they didn't fit at all so I sent them back. I figured they didn't make the side covers for the newer 2005 and later Nomads.

A month or so later I was reading the Kawasaki Vulcan Delphi forum when I came upon a thread about the chrome side covers. I guy had gotten some for his 2006 Nomad from JP Cycles. I ordered the same part number he did. When I received them I noticed they were also made by Show Chrome Accessories, but were a different part number...81-109. Part number 81-109 is listed for "Kawasaki VN1600 2003-2006". I think Show Chrome needs to revamp their applications listing to remove the confusion. 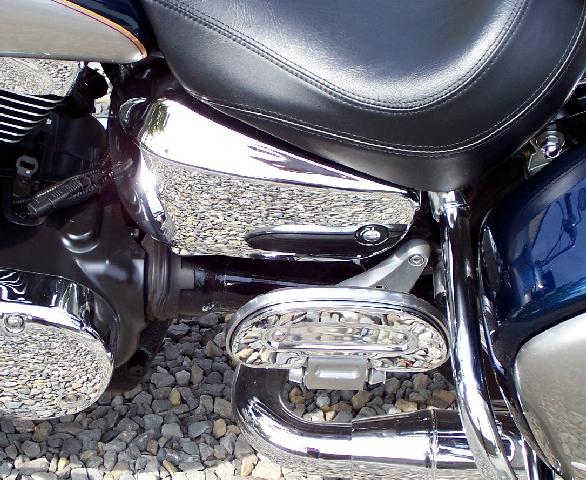 You have to switch over the key lock and rubber grommets to the new side covers on the left side. Takes about 2 minutes. 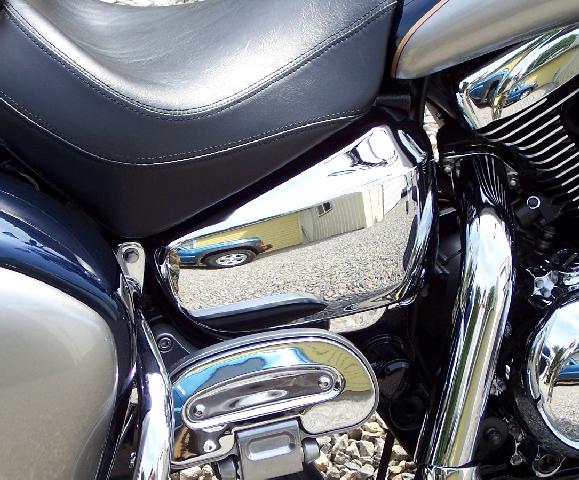 This side included a chrome bolt.