I splurged on the LED lights. If you used the basic kit lights and tongue the trailer can be built for right around $300. 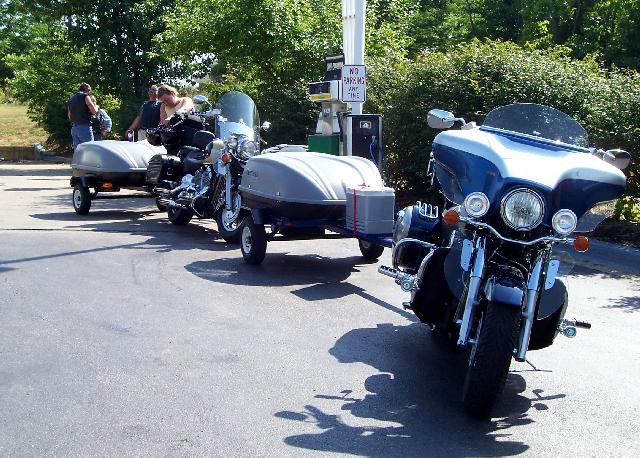 The trailer performed flawlessly on our 2007 Asheville trip.

Update 1/2008 - I remodeled the trailer to more match my new Goldwing.